ARCHER2 is a HPE Cray EX supercomputing system which has a total of 5,860 compute nodes. Each compute node has 128 cores (dual AMD EPYC 7742 64-core 2.25GHz processors) giving a total of 750,080 cores. Compute nodes are connected together by a HPE Slingshot interconnect.

There are additional User Access Nodes (UAN, also called login nodes), which provide access to the system, and data-analysis nodes, which are well-suited for preparation of job inputs and analysis of job outputs.

Compute nodes are only accessible via the Slurm job scheduling system.

This is shown in the ARCHER2 architecture diagram:

The home file system is provided by dual NetApp FAS8200A systems (one primary and one disaster recovery) with a capacity of 1 PB each.

The work file system consists of four separate HPE Cray L300 storage systems, each with a capacity of 3.6 PB. The interconnect uses a dragonfly topology, and has a bandwidth of 100 Gbps.

The NVMe storage is currently in preparation, and is planned to be made available to users in Spring 2022.

The compute nodes each have 128 cores. They are dual socket nodes with two 64 core AMD EPYC 7742 processors.

Note due to Simultaneous Multi-Threading (SMT) each core has 2 threads, therefore a node has 128 cores / 256 threads. Most users will not want to use SMT, see Launching parallel jobs. 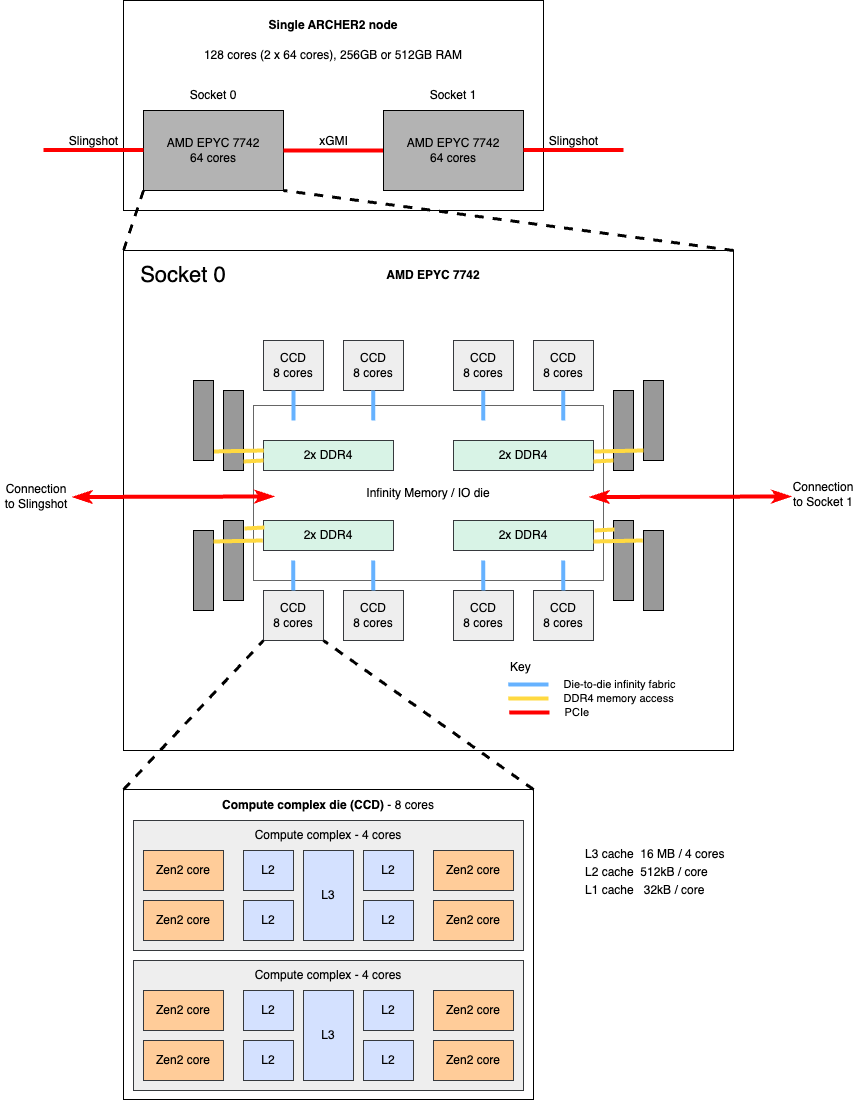 ARCHER2 has a HPE Slingshot interconnect with 200 Gb/s signalling. It uses a dragonfly topology: